FullSteam Labs is a nimble worker-owned tech cooperative that values clear communications skills, works in an efficient collaborative spirit, and excels at tackling the types of problems that are specific to mission-driven organizations.

The team was formed in 2013 when three social justice activists decided to combine their technical and design skills to help social justice nonprofits amplify their message in the digital space. When they formed FullSteam Labs, they decided early to operate as a worker-owned cooperative, bringing their experience with consensus decision making from activism and community organizing into the business world.

Since the beginning, the worker-owners have supported social justice and environmental conservation work by providing high-quality websites and web applications, graphic design, and a spectrum of technical solutions. 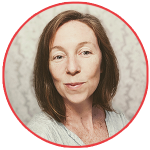 Courtney has 14 years of experience in her fields. While earning her A.A.S. in Digital Media at A-B Tech in Asheville, NC, she began her career working independently with entrepreneurs, artists, and authors. Having collaborated with FullSteam Labs for three years, she became a co-owner in 2017.

Courtney works with stakeholders and developers, from concept to final product, to design impactful and intuitive user experiences. She believes in environmental stewardship, social and economic justice, and cultivating relationships. She works both in the office and in her personal life to actualize these beliefs, and works with clients who are aligned with these values.

Courtney is a member of The Citizens Climate Lobby and enjoys organic gardening, foraging, and exploring the mountains and waterways of Western North Carolina. Learn more about Courtney on LinkedIn and see her hobby blog Font & Flora. 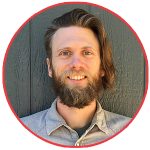 Jason is a tech problem solver with 12 years of experience working in custom web development, systems administration, and networking. He specializes in consulting with businesses and nonprofit organizations to develop solutions that increase efficiency and maximize productivity. Jason draws on a long history of working with mission-based nonprofits to provide valuable insight that connects campaign goals with digital tools that help organizations succeed.

After graduating from Virginia Tech with a bachelor’s degree in engineering, he worked with a number of nonprofits in southern Appalachia, including the Pine Mountain Settlement School and Appalshop Incorporated in Eastern Kentucky. Together with help from Charles Suggs and Saro Lynch-Thomason, he co-founded FullSteam Labs as a tech cooperative to serve a wide variety of mission-driven organizations with tech support, graphic design, and digital storytelling services. 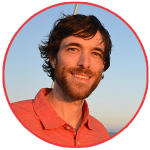 Charles is a software engineer and writer with a B.A. in Journalism with 13 years of experience creating for the Web and systems administration. He has consulted with and performed custom work for large public universities, librarians, a credit union, international scientific research organizations, regional to global scale nonprofits, grassroots campaigns, small and large businesses, and more. Charles, Jason, and Saro-Lynch Thomason co-founded FullSteam Labs.

He was a recipient of an Appalachian Studies Association E-Appalachia Website of the Year award in 2009, a National Outdoor Leadership School graduate, and thru-hiked the Appalachian Trail. When he’s not in front of a computer, you can find Charles gardening, cooking, climbing, or sailing. 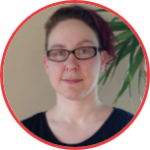 Rek has been doing administrative work for 15 years, primarily in small businesses and non-profits. Most of Rek’s work is supporting the internal operations of FullSteam Labs and helping with various projects and tasks.

When not playing with spreadsheets, Rek can be found baking vegan treats, trying to garden, and fostering anti-social cats.

What can we launch together?